On Wednesday 13 May at 1PM join us for an exclusive Talk with Nickolay Mladenov UN Special Coordinator for the Middle East Peace Process.

Mr. Nickolay Mladenov of Bulgaria was appointed by the UN Secretary-General Ban Ki-moon as his Special Coordinator for the Middle East Peace Process and his Personal Representative to the Palestine Liberation Organisation and the Palestinian Authority in February 2015. In this capacity, Mr. Mladenov will be the Envoy of the Secretary-General to the Quartet. He brings with him extensive experience in public service and international affairs. In his last posting, he served as Special Representative for Iraq and Head of the United Nations Assistance Mission for Iraq (UNAMI). Mr. Mladenov served as Minister for Foreign Affairs of Bulgaria from 2010 to 2013 and Minister of Defence of Bulgaria from 2009 to 2010. Previously, he was a Member of the European Parliament from 2007 to 2009 and a Member of the Parliament of Bulgaria from 2001 to 2005. He held several positions in the intergovernmental and non-governmental sectors, including at the World Bank and the European Institute in Sofia.

Raffaele Marchetti, Deputy Rector for Internationalization and Associate Professor in International Relations at the Department of Political Sciences and School of Government

* Webinar open only to Undergraduate and Postgraduate Luiss students 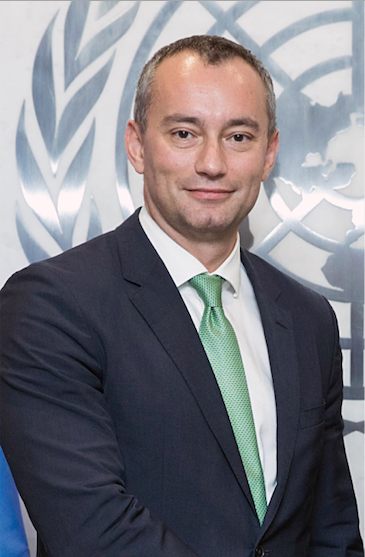